Let’s Talk about the Bees, Solar Power, and Why Both Matter 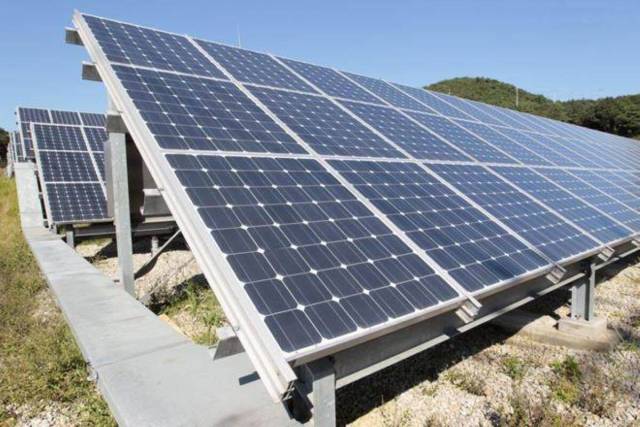 Today, let’s talk about bees and their contributions that go beyond the production of honey. We will also deal with their decline and how it could impact the planet and its sustainability. Most of all, we’re going to look at an unconventional solution that creates a win-win situation for humanity.

Why Are Bees Important?

No doubt, the bees are notorious producers of honey. On average, they could make up to 60 pounds. But on a good day, they could increase their production by as much as a hundred pounds a year.

This honey supports a lot of beekeepers around the world. IBISWorld once noted that this industry could increase by 2 percent in 2021. As for liquid gold, its market value reached $7 billion in 2019. However, by 2027, it could go up by $11 billion.

From the bee’s honey comes a wide variety of products. There’s the sticky saccharine fluid that one drizzles on pancakes or adds on smoothies. Honey can also be a natural ingredient for different personal care products that range from cleansers to masks.

Those who practice naturopathy have also made honey a staple in treating common conditions such as colds and coughs.

However, the value of bees isn’t just limited to this sweet treat. In fact, one of the biggest contributions of these insects is feeding the world.

The Role of Bees in Food Security

According to the Michigan State University, bees are great pollinators. When these animals land on a flower, they accomplish two goals. First, they feed themselves with nectar. Second, they collect pollens, whose protein is an excellent source of food for the young.

These pollens can accumulate in different parts of the bees’ bodies since they are composed of many hairs. Those that stick to their legs transform into pockets, so they could be carried conveniently when bees fly.

However, bees don’t feed on a single flower alone. They usually move from one plant to another, although they seem to be attracted to plants of the same species. Thus, when they move to another flower, they usually end up depositing a part of the pollen they had collected in a process called cross-pollination.

Interestingly, it’s not only the usual flowers that can benefit or need cross-pollination. So do certain types of fruits and vegetables. These include potatoes, pumpkins, beets, and beans. Others are blackberries, blueberries, apples, apricots, watermelons, cranberries, and raspberries. Bees also help cabbage, beans, alfalfa, almonds, cauliflower, celery, and lettuce to thrive.

A world without bees then can increase the risk of food insecurity. The problem is, this is already happening. According to National Geographic, some regions have already lost as much as 90 percent of their bee colonies over the last 15 years, a problem known as the colony collapse disorder.

In the United States, between October 2018 and April 2019, commercial beekeepers lost around 40 percent of the honeybee population.

Many factors have contributed to their decline. One of these is climate change. A 2018 research by the Northwestern University revealed that warmer temperatures might push these insects to their physiological limits.

In the experiments the team conducted on mason bees in Arizona, they discovered that those living in warmer boxes seemed to exhibit stress-related changes. For example, their period for diapause, or a period of suspended development of an insect when in a stressful situation, increased from an average of 10 days to as long as 50 days.

They also noticed that within two years of nesting in an altered temperature that tried to mimic the temp of the future, over 30 percent of the bees died during the first year. By the second year, at least 70 percent disappeared. On the other hand, the mortality rate of those in the control group was only between 1 and 2 percent.

The Future May Be Solar

Fortunately, various stakeholders are taking action to bring back the bees, and some of the interesting participants are the various solar companies.

Solar farms help promote sustainability by shifting energy sources to renewable, but they can also be worrisome for the likes of bees. To produce enough power to light several homes, they need to occupy a huge tract of land, disturbing biodiversity.

However, in 2021, Lancaster University researchers show that it doesn’t have to be the case. Instead, these solar farms may be converted into pollination centers for the bees by maintaining the natural habitat or reversing intensive agriculture within the area of the solar farms.

In the end, humanity doesn’t have to choose one over the other: they can have renewable energy and revive the population of the bees, both of which enhance the world’s sustainability.

To Keep or Dispose, That Is the Question

Probably the Most Memorable Engagement Ring of All Time