Probably the Most Memorable Engagement Ring of All Time 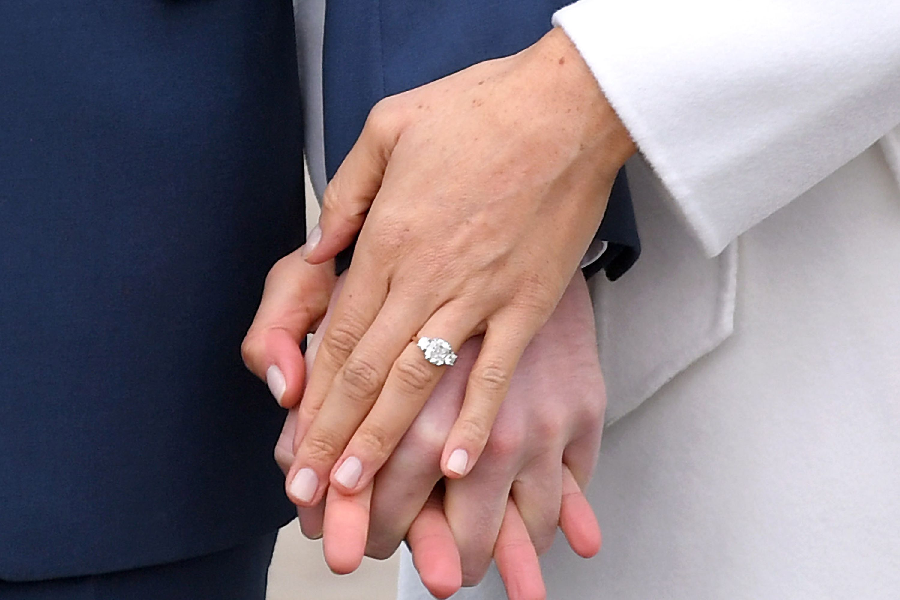 There are many ways to remember a love affair or a marriage. One of the best ones is through the engagement ring.

For this reason, many men—and even women—approach a reputable jeweler to have their proposal rings customized, according to their specifications. These allow their love turned asset to stand out from the crowd, something they can call their own.

However, there are also jewelry pieces that don’t only hog the headlines but also remain etched in the fringes of history forever. Probably the most iconic of all engagement rings isn’t the one that JayZ gave to Beyonce but that of Prince Charles to Princess Diana.

It was on February 24, 1981, when Princess Diana of Wales, then 20 years old, became engaged with the heir to the British royal throne, Prince Charles, an announcement watched by millions and photographed by many as the couples roamed around the Buckingham Palace.

Many factors caught people’s attention. First, it was a whirlwind romance—and an interesting one. Prince Charles used to date Diana’s sister, Sarah, and even met the former when she was still 16 years old. Two years after, and when the relationship fizzled out, Diana and Charles started dating romantically.

They dated for about six months, but during that time, they met for about only 13 dates. Then, Prince Charles proposed to the former nursery teacher’s assistant.

Then there’s the engagement ring. Considering the wealth and power of the monarchy, they could have whatever jewelry at their behest. True enough, Queen Elizabeth II is said to own at least 300 pieces, including over 30 bracelets, almost a hundred brooches, and at least 35 pairs of earrings. The family also possesses about 40 tiaras adorned with a variety of gemstones.

Thus, during the engagement, the palace asked Diana to pick among the royal collection or choose from the offerings of Garrard. The British jeweler has a long history with the Royal Family, having been officially appointed as the official jewelry maker by Queen Victoria himself. However, they also sell exquisite—and expensive—pieces to the public.

Diana decided to choose the 12-carat blue Ceylon sapphire oval engagement ring peppered with 14 solitaire diamonds around. This one was supposed to cost £47,000 at the time—not cheap. But definitely, it was stunning. The diamonds perfectly accentuated the deep lovely blue of the big center stone.

However, it stirred controversy. Not only was it not custom-made, but many also thought that it wasn’t unusual enough. The ring, after all, came from a catalog, which means anyone with that much money could own the same ring. Compare it to the one Queen Vicotria received from Prince Albert, which was a ring designed like a serpent and adorned with an emerald, rubies, and diamonds.

However, the history of Diana’s sapphire ring can still be traced to the royal family’s lineage. According to Garrard, the inspiration behind the design was a diamond-sapphire-blue brooch that Prince Albert commissioned for Queen Victoria before their marriage, which the queen then pinned for her something blue on her wedding dress.

Passing on the Ring

The marriage between Princess Diana and Prince Charles didn’t last. After fifteen years, they divorced, but within this period, the union produced two more heirs: Princes William and Harry.

Diana also chose to keep some mementos in their relationship, including the engagement ring, which she wore from time to time even after their divorce. When she died in 1997, the jewelry ended up in the care of Kensington Palace.

Prince Charles then allowed their two boys to keep one of Diana’s possessions for remembrance. Initially, it was Prince Harry who picked the engagement ring since, the story said, he remembered the size of it every time he held his mother’s hands. Prince William, on the other hand, chose a Cartier watch.

But they later exchanged. Then, William met Catherine Middleton, and the former proposed in Kenya in 2010 during their quiet time together, and there’s only one smart thing to do: pass on the ring.

Prince William and the Duchess of Cambridge announced their engagement on November 26, 2010, in the Buckingham Palace with the lady sporting the same sapphire-blue-and-diamond engagement ring that Diana wore about 30 years ago (although Kate later had it resized) and which matched the color of her dress.

Diana may be long gone, and at some point, Kate would have to decide what to do with the sapphire ring. Others may still buy or use the same jewelry as an inspiration for their own. Either way, one thing is clear: the design, no matter how usual, stood the test of time, along with the stories that surround it.

Meta title:The Story of Diana’s Engagement Ring
meta desc: Some engagement rings are so memorable they inspire other designs or are part of the world’s history. Princess Diana’s could be the most memorable of them all.

Let’s Talk about the Bees, Solar Power, and Why Both Matter

Rakhi Gift Ideas For Raksha Bandhan During This Lockdown