The Behind the Scenes Story of the Lightsaber 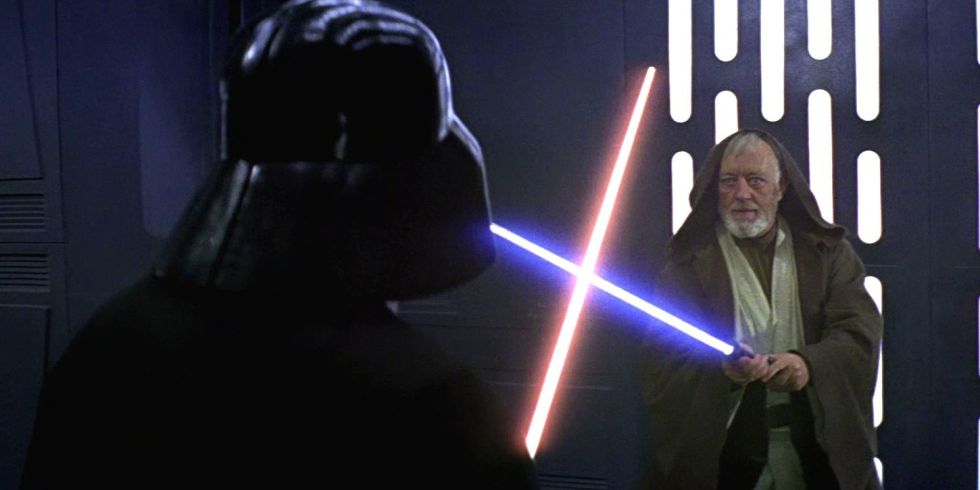 We all know the iconic weapon from Star Wars. Part sword, part laser, this sci-fi remix of fantasy’s greatest weapon has left a forceful impact on the world of cinema. However, there are some behind the scenes facts about combat lightsabers that even the biggest fans might not know.

The Handle of a Lightsaber

The lightsaber is a futuristic weapon, but it comes to us from a civilized age. It’s only appropriate that the parts that the prop makers used to create the lightsaber also came from the past.

The handles of combat lightsabers have an interesting look to them. This doesn’t come from space-age technology, but from out-dated camera gear. The handle for Darth Vader’s lightsaber is actually the Heiland 3 Cell Flash with MPP Clamp and Luke’s handle is a Graflex 3 Cell Flash!

These old school camera flashes made the perfect handles for futuristic looking weapons. The prop masters on set during the first Star Wars movies dressed them up with other parts from everything ranging from other camera gear to machine gun parts to give them some more dimension.

Today, there are countless lightsaber colors when you factor in everything from fanfiction to the Star Wars novels. However, on the set of the Star Wars movies, lightsabers got their color for equally interesting reasons.

Let’s start with our hero, Luke Skywalker. Luke’s lightsaber was originally supposed to blue to match the one his father used before he became Darth Vader. However, the blue lightsaber didn’t show up well against the blue sky so Lucas switched it out with a green color for more vibrant shots.

Samuel L. Jackson, who played Mace Windu in the prequels, got his cool purple lightsaber because it was his favorite color. It’s as simple as that!

Acting With a Lightsaber

While we’ve all swung a lightsaber around the back yard, acting with this iconic weapon on the silver screen is a much more challenging job.

In order to handle combat lightsabers, the actors in the latest Star Wars movies had to train for three months. They learned complicated fight choreography as well as swordplay to master these sci-fi weapons. The prequel trilogy even had star Ewen McGregor practicing wood chopping swings and tennis to get his lightsaber moves down!

It might come as a shock that the original Star Wars movies had simple lightsaber duels. George Lucas himself even originally banned one-handed lightsaber fighting from his movies.